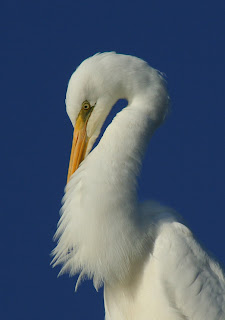 Worked on my Kotuku painting today plus did a bit of finishing off on the rock pool painting. The Kotuku is coming on well although its physically quite tough working on a pic so large. Its been a while since I did one with these dimensions, 40 inches by 40 inches. My shoulder muscles hurt!!! But I really wanted to paint him as close to life size as I could because his size is very impressive. This is the bird I photographed at the Whakatane Yacht Club near the Apanui Saltmarsh. He often fished for mullet off the rocky point and I saw him eat about six good sized fish of about 12cm long one morning. He would plunge his whole head and neck into the water to catch them, sometimes all I could see was his back and two huge outstretched wings. A couple of times a kahawai (called sea trout in Australia) would chase the mullet towards the heron, they would be jumping out of the water all around him and he would get all flustered not knowing which ones to try to catch! I say "him" although I have no idea if its a male or female. There are two that spend the winter (separately) in our area before heading back to the West coast with all the others in spring to breed at Okarito in the South Island of NZ. These are two of the couple of hundred Photos I took of him! I began to feel like a papparrazi but I'm sure he got used to seeing me there very morning and used to the noise of my shutter going! Just call me the Stork stalker! Got some good photos but oh what I wouldn't do for an image stabilised 400ml zoom.....sigh. I do like my canon 350D though, its light and easy to use. Fits my small hands. Troy has a new work camera, Nikon D200 and the newspaper he works for has a new lens, 4oo zoom with image stabiliser but HEAVY!!!! I tried it in the weekend and just about killed my arms aiming it at a pair of fantails at the top of our willow tree. 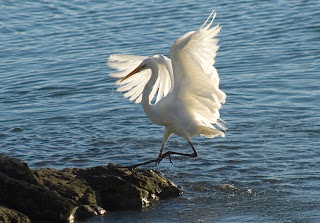 Anyway the picture below is my Kotuku painting so far. Only two days left to finish it, better pull my finger out. I just need to add some more highlights to the clouds then package it up. Hate to think what it'll cost me to courier it to Auckland. Tomorrow I'll include a photo of my Rock Pool painting. 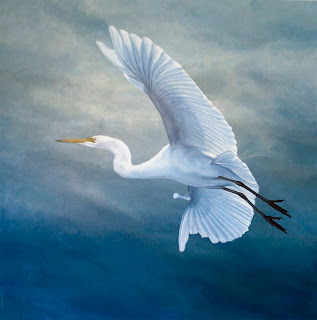 Awesome painting...quite powerful in it's capture...2 thumbs up!