There has been a family of young rabbits living in the woodpile over our fence. Charming little creatures they are too. My neice Nicola wanted to see some photos of them so I spent the morning stalking bunnies. These are for you Nicola. 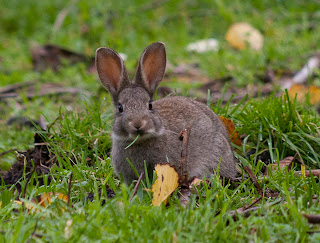 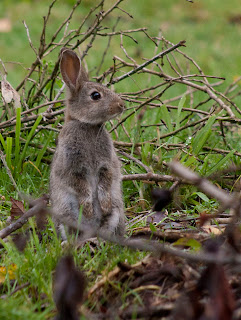 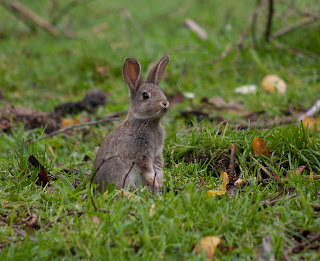 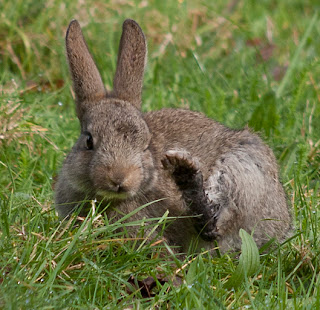 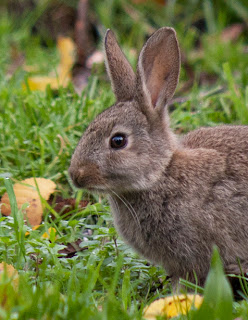 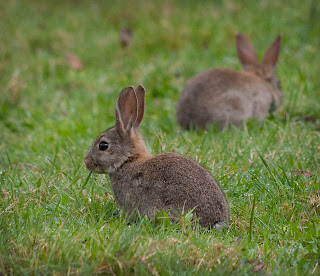 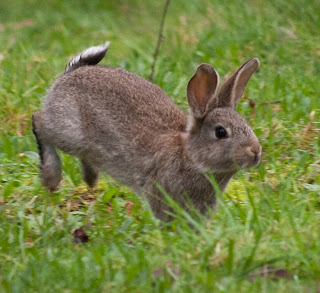 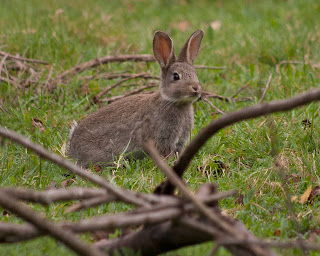 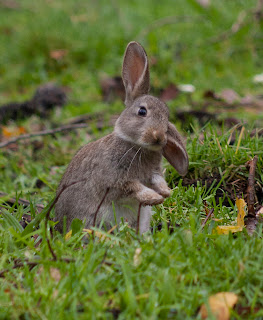 Email ThisBlogThis!Share to TwitterShare to FacebookShare to Pinterest
Labels: rabbits

A Parrot in the Persimmon tree.

Mums neighbour Bill was kind enough to email me the other day to tell me a Kaka had been regularly visiting their garden recently. I was given the all-clear to head over there with my camera if ever I heard him. I kept my ears open and sure enough, a few days later I heard the screeches and chortles of a native parrot. I found him in a tall tree in the front yard. Too far away for decent photos. He was feeding on grubs and beetles in a dead tree. Kaka enjoy a varied diet and this one was getting his protein by ripping the dead wood open with his strong beak to enjoy the insects within. I heard from other people in the neighbourhood that he had been in their macadamia tree cracking open the nuts. You'd have to have an extremely strong beak to get those things open! 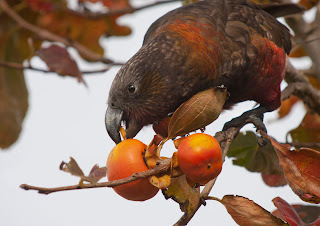 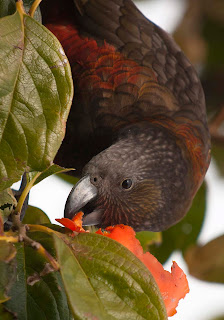 Finally he flew to the persimmon tree in Bills back yard where I was able to get quite close to him and get some good shots. Kaka move like monkeys in the trees. This guy was grabbing the branches with his beak to climb up and down in his quest for ripe fruit. When he found a persimmon to his taste he would rip pieces out with his beak and hold the chunk of fruit in his foot like a kid holding an ice cream and the juice ran out around his toes. I could get quite close - about fifteen feet, plenty close enough to see the cheeky glint in his eye! 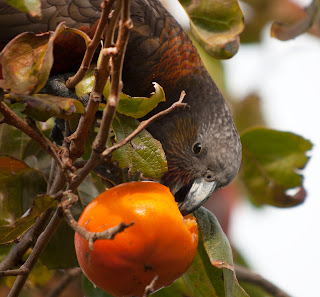 Sadly this is a species in decline. Kaka are quite threatened now due to habitat loss and scarce food supplies. What a shame - they have so much character! 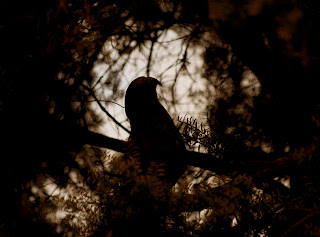 Email ThisBlogThis!Share to TwitterShare to FacebookShare to Pinterest
Labels: Kaka.

A couple of weeks ago one of Troys workmates was driving through the Waioeka Gorge when a tiny bat hit the windscreen of her car. It was night time and she initially thought it was a leaf. When she finally got to a place where she could pull the car over she retrieved the little lifeless body and later put it in the freezer. On Monday morning I got the chance to get some quick shots before it was given to the Department of Conservation guys who were going to turn it over to a taxidermist for preserving. 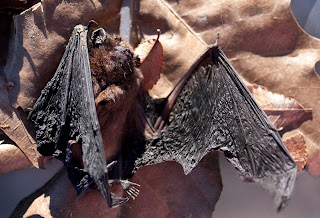 It was the first time I have seen one of our two New Zealand species up close. What a fascinating creature. Its wings were like crinkly black crepe paper, very thin with long arm bones along the leading edge. A tiny clawed thumb is situated at the top joint, the rest of the wing are actually supported by the fingers. Delicate little clawed feet ended on short legs. 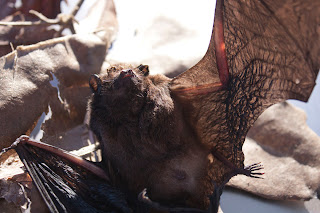 This one was a long-tailed bat and there was indeed a substantial tail complete with the same kind of membrane as the wing. Unfortunately I couldn't pull it out to photograph it. What a treat to be able to study this bat up close, it was an amazing little animal! Just a shame he was dead.
Posted by Mandy at 03:47 1 comment: