I have always been fascinated by frogs and tadpoles. As a kid I would spurn any dollies or any kind of girly stuff in favour of my trusty frog net and head out every spring to catch myself some little croakers. It used to drive my sister crazy because their croaking would keep her awake at night. 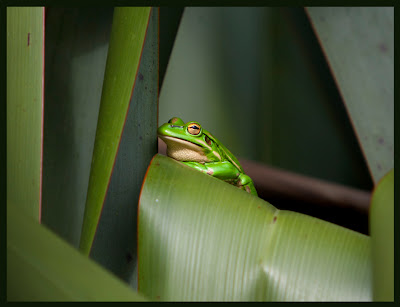 Internationally frogs are in decline. Frog Species the world over are becoming extinct at an alarming rate. 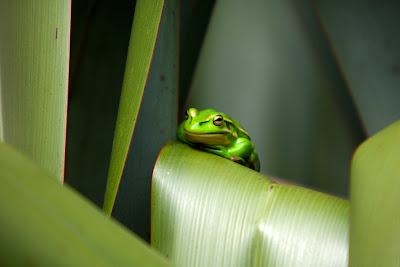 Visiting family in Auckland last weekend I was delighted to spot some fat green frogs in a flax bush on the edge of a swamp. They have such lovely skin and were a beautiful shade of green. These are a species introduced from Australia, they are called Bell Frogs. All our native species lack external ears, those round discs seen on the side of these guys heads behind the eye. 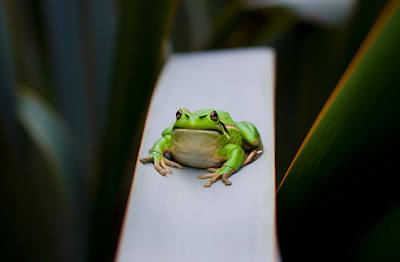 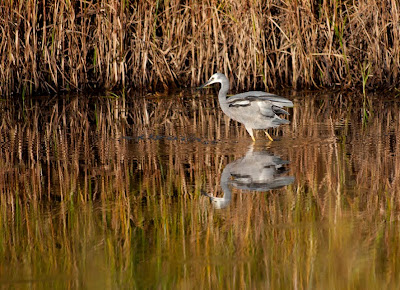 Two days later I was back in Whakatane photographing the heron at the dyers pool. Its not often they will venture into this space as the human foot traffic is heavy past the spot. I watched this one having a good feed and it took me a while to see what it was eating...tadpoles! 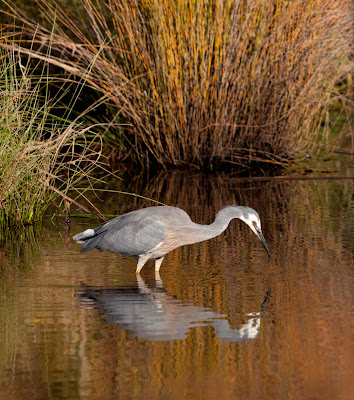 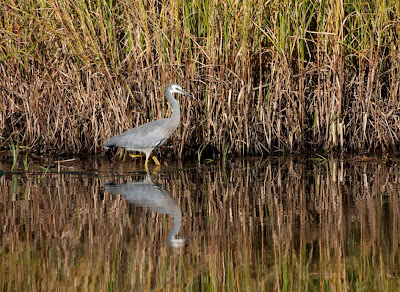 It didn't take me long before had five little taddies in my jar so I took them back to Mums where I found a round glass bowl. 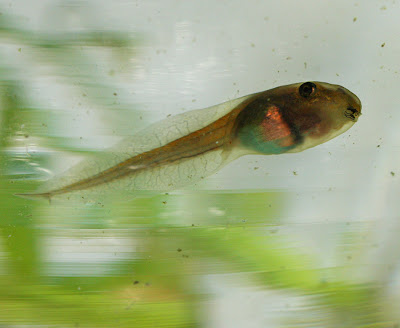 I was draining a little of the dirty water out of my jam jar when one decided to make a bid for freedom and before I could stop it he had zoomed over the lip of the jar and down the plughole. Oh No! Seems like I was contributing to the declining frog population. 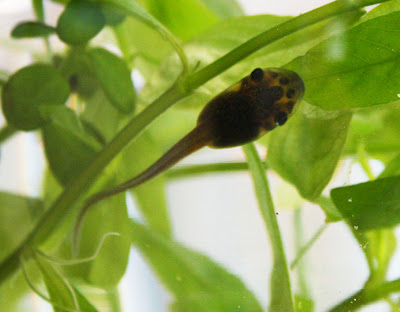 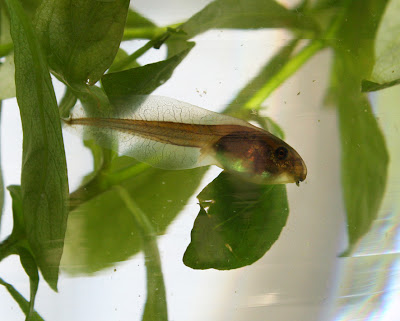 Nice shots Mandy, I was hoping to see what you got from when I saw you down there with that heron.
:)

Love the froggy photos! I've been in love with frogs since I was a kid, and tried owning some pet ones several years back, but unfortunately we didn't have much luck and the two we had died. Last month, we found tadpoles again, and have decided to give it another try. One little taddie morphed and has been a froglet for several weeks now... he/she draws a lot of attention every time we have visitors. One of the other taddies has just popped out his 4th leg too, so he'll be joining his frog sibling in the frog tank later today, with the 3rd probably not far behind as he/she has the two back legs, with front legs not far from coming out by the looks of things. We lost one... he got skinnier and skinnier, then disappeared (guessing he got eaten by the others.. :o( ), and there's still one really tiny tadpole who is taking forever to grow and morph, so not sure what will happen there.
They're such fascinating creatures... and such beautiful colours (these guys of ours are green and gold bell frogs). Looking forward to seeing your frog "babies" grow up. :o)

Jos - Having all kinds of issues processing my pics and getting the colours right as I'm using Troys laptop while mine is still in a coma. I got some ok pics of the heron but should have had my monopod with me. Shame that bird doesn't fish there more often. :(

T'zignz - Sounds like your tadpoles have been very successful. I had better start thinking about what I'm going to do with mine once they start growing legs.
I wonder if your little runt tadpole is a different species.
I'll post more pics as my babies develop.

Mandy, we've been wondering about that! Kinda hoping he's the same type as the others, coz then it means I won't have to run around trying to find a seperate tank for him once he's morphed. Lol! At the same time, I'd love to have all 3 of the introduced frog species as pets, so won't be too worried if he does turn out to be different. Guess we'll just have to wait and see. :o)

Tezza, he may be a brown tree frog. If he is a different species I don't think you would need to separate him. Pretty sure they would co-exist without any problems. Let me know how he develops.

Mandy: I'd absolutely LOVE it if he turned out to be a Whistling Tree frog! I've been wanting to get some of those guys for a while, but all the research I've done so far says they don't tend to be found this far north coz they don't like the warmer climate up here (I'm in Hamilton). But there's still a chance that some Whistlers have found their way this far north. Will definitely keep you posted... maybe we can compare froggy stories along the way. lol!

I love frogs too. Have had several over the years and they are entertaining so long as you don't mind catching flies each night! Your pics are fanatastic as always!