On Thursday I took part in a Nationwide census on New Zealand Dotterel. These birds are a threatened species and at the last count in 2004 numbered around 1700.

My section of coastline was the stretch of sand from Coastlands subdivision near Whakatane to the Whakatane Golflinks. Sue Greenwood from forest and bird along with Alan Houltain were to patrol from Coastlands down to the Whakatane rivermouth. We set off a little after 9am, Sue and Alan turning right from the carpark as I turned left. It was a rather stormy day and I was enjoying the brisk weather until a few minutes into the walk when I got a nose full of oil smell from the gounded Rena in Tauranga. It was horrible and my throat began to hurt when fortunately the wind changed and the smell disapeared. I arrived at the Golf links having seen a few Variable oystercatchers but no dotterels. I texted for more instructions. "Carry on to the Thornton rivermouth." I wondered how far that was....seemed quite a long way. 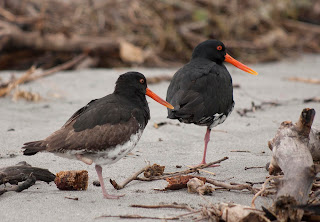 There were some great Physalia washed up also known as Man o War jellyfish. Excellent colours! 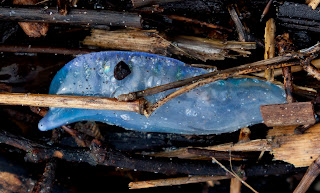 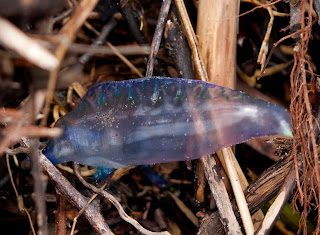 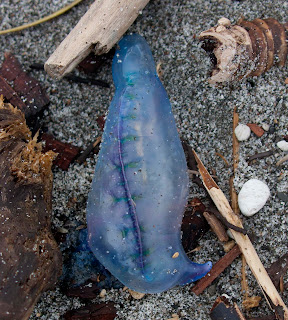 And my favourite shell of all times - the Violet snail. 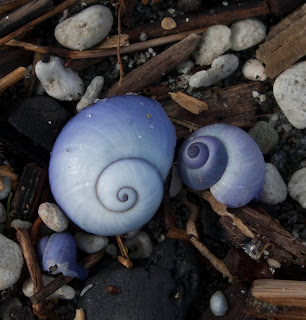 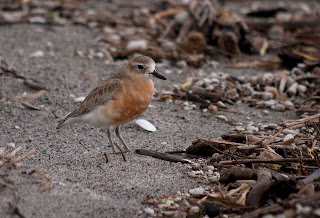 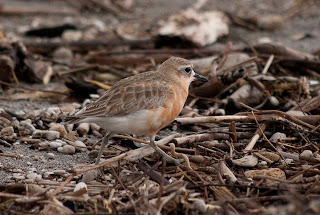 To learn more about dotterels click on the link below. This clip shows a population at Omaha Beach.
http://www.youtube.com/watch?v=ot4roA7j41c&feature=player_embedded
Posted by Mandy at 22:55