The day after my epic trek up the coast line in search of dotterel I found out the Dept of Conservation had decided it was too risky to leave the birds where they were due to the threat of pollution. A few miles up the coast the container ship Rena was stuck on Astrolabe Reef and still leaking oil into the sea and it was just a matter of time before it reached the dotterel habitat. These birds are extremely susceptible to oil but it was still not a decision the experts reached lightly.
DOC dotterel experts were flown in and were met by local resident John Groom who has monitored the population here for at least ten years. I was fortunate enough to catch up with them at Herepuru and watch John Dowding in action. 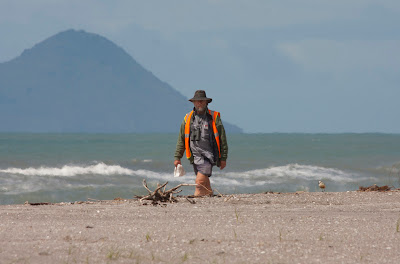 Here he guides the bird towards the capture net. You can just see the dotterel right of centre on the sand. 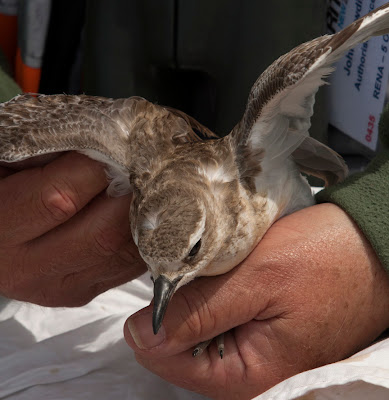 Within minutes the first dotterel was captured. 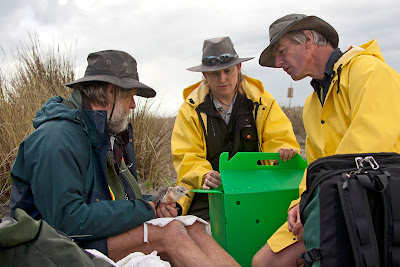 Its weight was recorded... 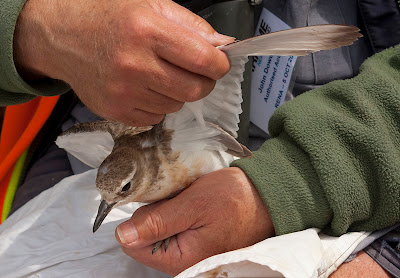 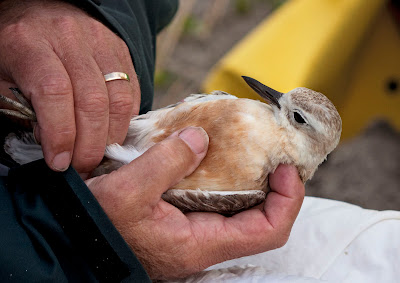 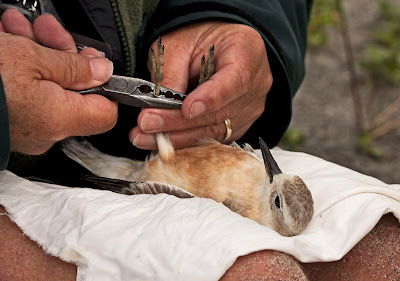 and an identification band attached to its leg. 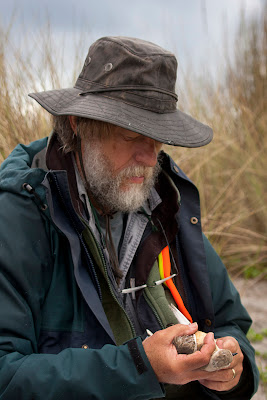 John Dowding is an ornithologist who specialises in these birds. He has such a gentle laid-back manner that seems to cause very little stress to the birds he is handling. The last I heard the team had caught 25 but were aiming for 40 with the captured birds relocated to Tauranga. I was priveleged to be there to witness their work and of course to get some photos. I'm just hoping the oil won't make it this far!
Posted by Mandy at 02:19