I get a lot of satisfaction being in the natural environment and watching the day to day lives of our birds and other wildlife. Its a method of relaxation for me but now and then I'm reminded its not all beer and popcorn in the big wild world. On the way to my studio recently I noticed a scuffle of wings and feathers in the carpark behind the Strand shops. I pulled in and saw two mynah birds scrapping hard out. 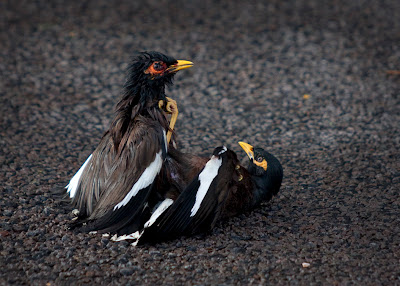 I grabbed my camera and took a few shots but then I realised it was more than just a tiff over territory. One bird was bleeding around the head and things looked serious so I thought I'd better break it up before the loser got even more injured. I walked up to them and at the last moment they flew off but within seconds the injured bird had attacked its oponent again and they were hard out fighting again. 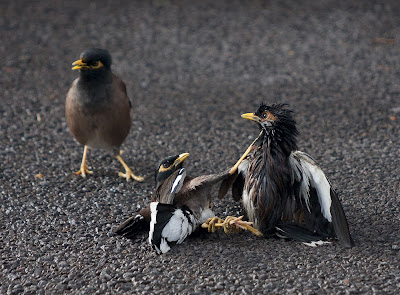 I took more photos til I couldn't stand it anymore and broke it up again. Within half a minute they were locked in battle again. This went on for minutes til I chased them away across the road and they chased each other along the riverbank. 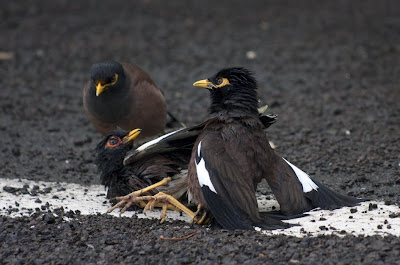