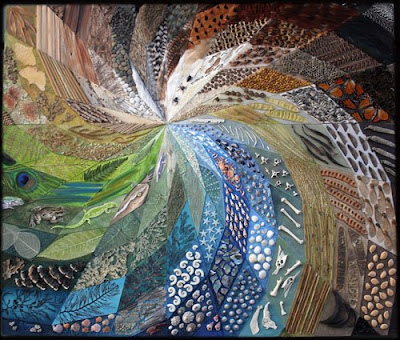 In the middle of July Opotiki held its wonderful Fibre & Fleece Festival. I'd been working on a large entry for the exhibition called "Life Spiral." It was a collage made up of found natural objects arranged in a large spiral shape composed of over one hundred and thirty separate sections. It had taken months of work and was lots of fun but quite a challenge to collect all the bits. Each arm of the spiral represented a group of different plants or small animals, insects etc. Not many projects require plucking the prickles off a dead hedgehog, pressing different varieties of seaweed or collecting tiny bones from 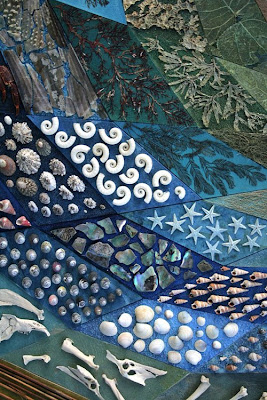 dead birds washed up on the beach! Anyway I was delighted to win the Furnishings and Artwork Section and even more delighted when a lovely lady who was my teacher in primary school bought the finished piece.

I hadn't seen the Kotuku for a while as he hadn't been to the mudflats and even the spoonbills were staying upriver and too far away to photograph. I had taken some nice shots of a pair of white faced herons though and I'd even seen a reef heron on a couple of occasions. He's 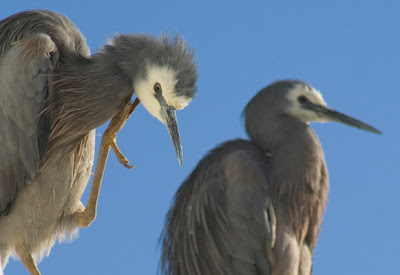 a very dark bird plus quite shy so very difficult to photograph. Then one day this week Troy texted me to say someone had phoned him at the newspaper to report two white herons at the Awatapu Canal. I thought it unlikely that there were two but went to see and was delighted to find an egret feeding along the bank. This bird is quite a bit smaller than the Kotuku and lacks the fine breeding plumage on its back. Its beak is black where the Kotuku has a yellow beak during the winter, turning black during the breeding season. I got some photos of the egret but the canal is flanked by 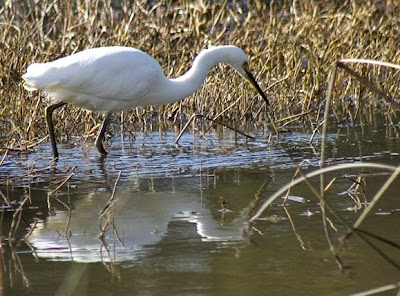 houses and he was spooked by some kids and dogs. A few days later I went back and there was the Kotuku so I got some lovely pics of him on a branch over the water. It was a stunning morning although I had to scramble over the stopbank and hike through mud, then stalk him through wet grass to get my photographs! 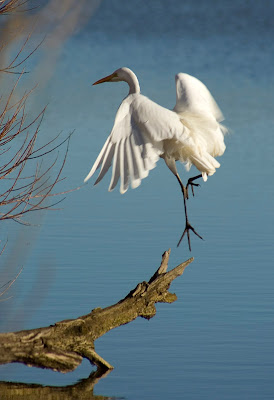